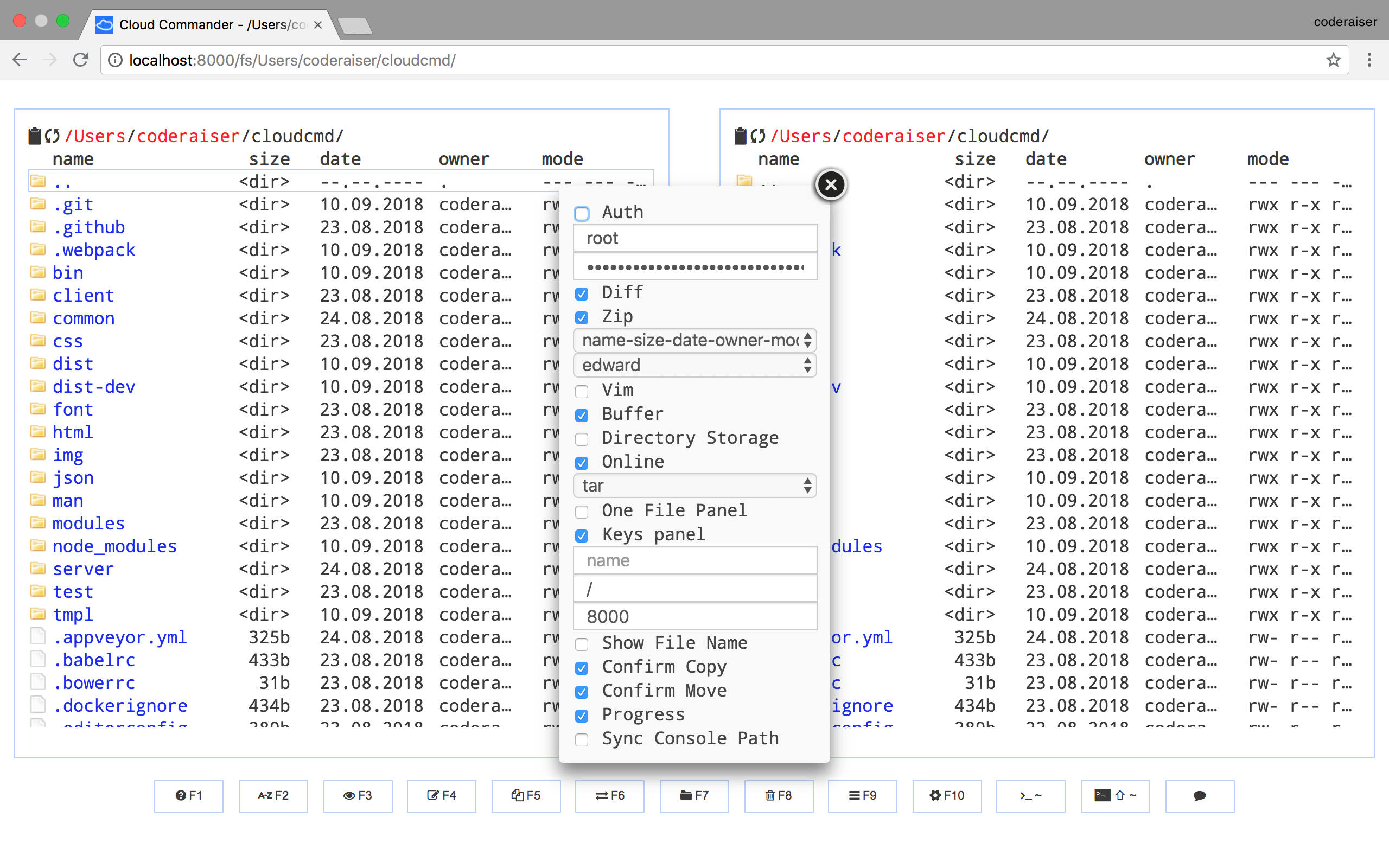 Last version of Cloud Commander was released a month ago so today is time for new version. It could be downloaded here. Lets talk about fixes and features. Fix —— - When somebody go to url api/v1 Commander has been crashed. - Header was send twice all the time it’s wrong.

So now Spawn function has been added so if symbols like: ”#, {, }, &, >, <” would be used - spawn would be called. Everything would be much faster with streams.

That’s all for today. Would be seen soon :).