I wrote nothing for so long and today I’m going to fix things up. In new version you will find progress of copying (at last :)!). And a lot big and small improvements. Actually some feature was released some time ago (a couple releases back). But I haven’t wrote about it, and I think now is the best time for it.

First of all take look at new config window. 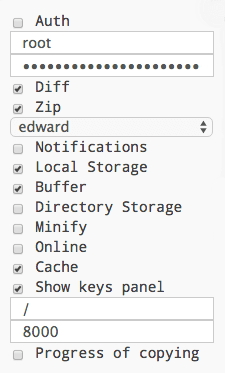 As you see, you could enable Progress of copying checkbox to use new way of copying. When this option enabled you can see progress when copy files. Spero makes possible such things. It joins module for copying with ability to handle progress copymitter and socket.io to interchange data with frontend part of Cloud Commander. 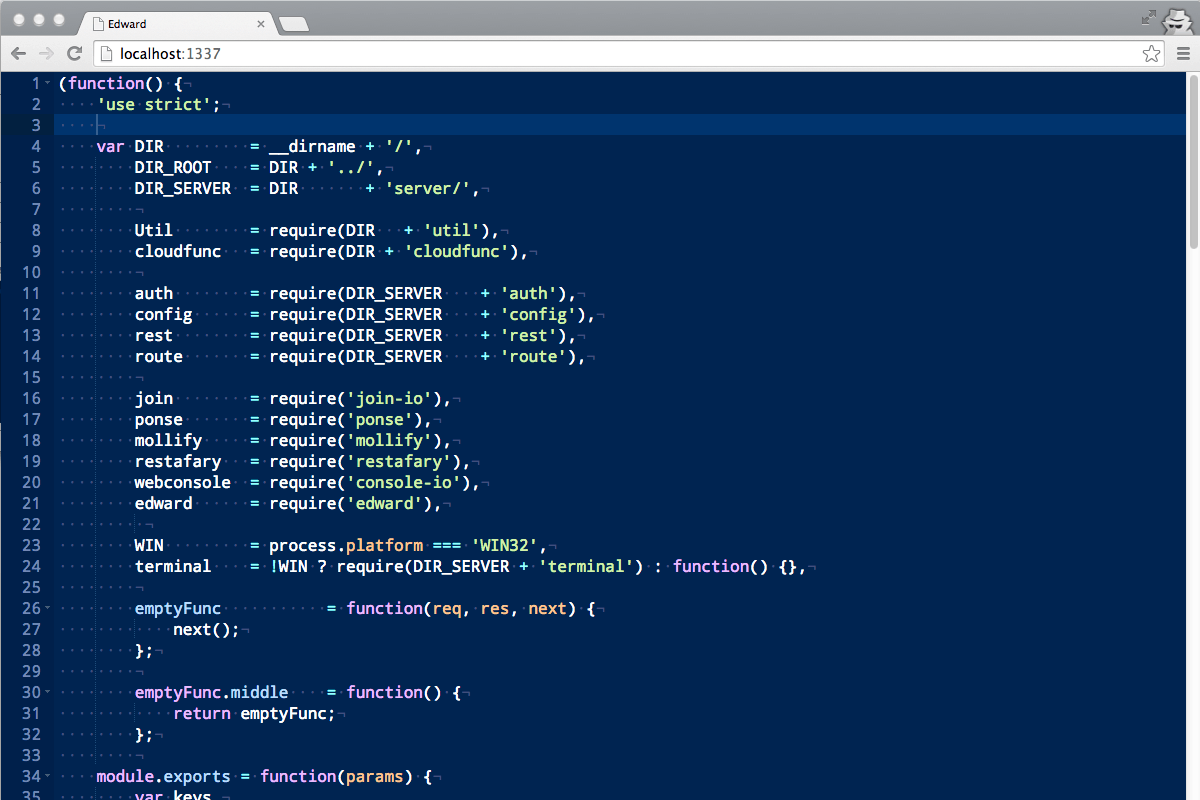 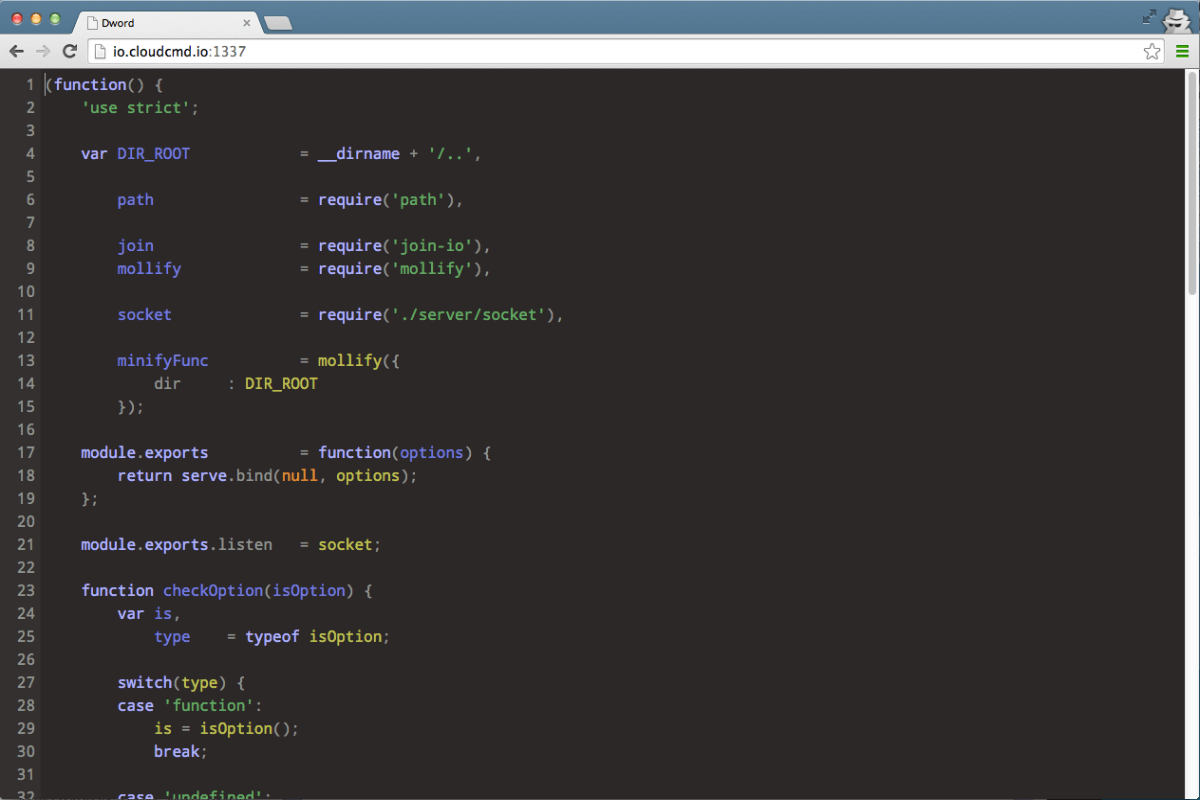 This two modules makes different API of editors work in the same way. Now they can compete with each other on fair. And you have to chose from.

You could set (and dinamically change) root of File System Cloud Commander work with. This feature supports Unix and Windows as well. So if you prefer directory different from root (your home directory for example). You could set it.

After you had bean installed cloudcmd with:

You could define all options, set flag --save and just use Cloud Commander with predefined options. All of them will be saved in ~/.cloudcmd.json file.

Tip: do not set password by manually editing config file it will not work if you will not crypt it first.

There is two little helpers that all do hard work related with releases: wisdom and runny. First handle all casual staf of making tags, realeses, push to github and publish to npm. And second one runs one command in a couple directories. So I could update cloudcmd.io with Russian and Ukrainian translation, publish new version to npm, and add new version to versions archive with one simple command:

And command would be as simple as:

This is all for today. You can always send me pull requests, make issues, ask questions, send mail etc.